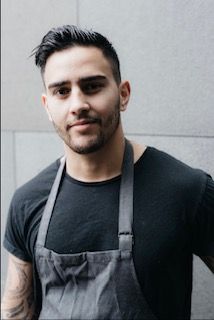 Jesse Blake, is a seasoned professional who is most well-known for his successful kitchens in Perth, Australia. Having trained in New Zealand, in 2015 Jesse moved to Perth after a long stint at Cumulus inc in Melbourne and opened the Petition collection venues at the Statebuildings, Double rainbow eating house at the Rechabite, and most recently Servo & Servo kebab in the Leederville precinct. Jesse’s respect for produce, creativity, passion and dedication caught the eye of food aficionados. Jesse has proven to be a dynamic injection of talent in the hospitality scene receiving international recognition and high acclaim from critics for his commitment to sustainability and locally grown produce. Since relocating to Dubai Jesse has worked in developing a number of concepts internationally as a Culinary consultant and resides as the Executive Chef behind the concept LOWE, most recently awarded The worlds 50 best restaurants most sustainable restaurant for the MENA region. Jesse has been fortunate enough to open Eye heart rabbit, a wandering pop up where he offers his contemporary take of his experiences & influences of living in the Middle East. With the opening of Akina, a contemporary Japanese restaurant, he uses his knowledge of open-fire cooking to find new ways to blend the innovation and traditions of modern Japanese cookery.