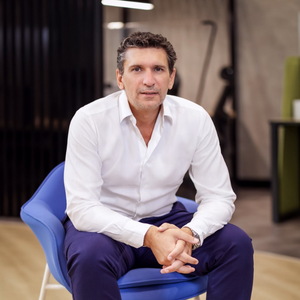 A.K a Hotel Management School graduate, kicked off his career in 1994, at  leading catering company Sogeres in Paris

In 2001 A.K joined the MARC restaurant group in London , after 4 successful years, two of the restaurants were awarded the Michelin Stars.

From 2005 and to 2007 A.K invested and focused on turning around a restaurant chain in London.

In 2008 A.K moved to the Dubai and set up GHS. Now in its 12th year, GLEE Hospitality Solution successfully launched and managed regionally over 150 concepts

Continuing with this trend of technological symbiosis with the F&B market, A.K with the backing of Angel investors and Women Spark out of Saudi launched Eighty6 in Q4 of 2021